ANAHEIM, Calif. (March 11, 2020) – Super Hero fans and their pals will soon discover what it’s like to sling a web and have super powers at WEB SLINGERS: A Spider-Man Adventure, an interactive, high-tech attraction in the new land of Avengers Campus, opening July 18, 2020, at the Disneyland Resort, inside Disney California Adventure Park.

Avengers Campus is an entirely new land dedicated to discovering, recruiting and training the next generation of heroes. Families and friends are empowered to take an active role alongside some of their favorite heroes to live out Super Hero dreams in a fully immersive land that mixes innovative technology with fun for all ages.

Avengers Campus will bring together Earth’s Mightiest Heroes for the common good, and they are calling all fans to join the action: Team up with the Avengers and their allies throughout the land, and sling webs like Spider-Man on the all-new attraction, WEB SLINGERS: A Spider-Man Adventure.

The doors to Avengers Campus welcome all Avengers, their allies, and new recruits. The site, formerly a Stark Industries complex, was offered up by Tony Stark as a place to train the next generation of Super Heroes. The once restricted and secret complex has been rebuilt and is comprised of several distinct and diverse heroic spaces.

One of the Campus addresses is home to WEB SLINGERS: A Spider-Man Adventure. Thrown into the action, guests are invited to put their web-slinging skills to the test. The mission: team up with Spidey and help capture the out-of-control Spider-Bots before they wreak havoc on the Campus. In this mission, guests will sling webs like Spider-Man and experience what it’s like to have super powers, a feat accomplished with innovative technology created specifically for this attraction.

A blend of physical, fully dimensional sets and virtual environments will take recruits on this interactive escapade, which includes animation, moving props and special effects. There is no height requirement for this attraction, allowing young aspiring heroes to join the action.

“We’re going to give you super powers,” said Brent Strong, executive creative director at Walt Disney Imagineering. “There’s not a kid who has read a comic or watched a TV show or a movie who hasn’t walked away wishing they could sling webs, and we’re going to make that happen for every single guest. The new technology can render a virtual web coming directly out of your wrist and into that world without touching an interface. It’s as close to being Spider-Man as you can get.”

The adventure begins at Avengers Campus’ Worldwide Engineering Brigade – or WEB as the kids call it – a workshop of young engineers who specialize in developing innovative technologies to equip and empower a new generation of Super Heroes. This workshop showcases the inventions of Peter Parker and the rest of the WEB Tech team, including their adorable Spider-Bots which are designed to be robotic sidekicks capable of building anything a Super Hero might need. When Peter’s demonstration goes awry, the Spider-Bots are stuck in a replication loop, creating even more Spider-Bots. Mayhem ensues and guests become brave recruits. Donning 3D glasses, guests test-drive the aspiring inventor’s latest invention, the WEB Slinger vehicle, and discover their web-slinging super powers.

Through specially designed, innovative technology that recognizes body movements and gestures, guests will reach out their hands and sling webs from their wrists, just like Spider-Man. As the WEB Slinger vehicles progress, guests will virtually pass through several other Campus addresses including Pym Test Kitchen, Avengers Headquarters and the Collector’s Fortress, also known as Guardians of the Galaxy – Mission: BREAKOUT! As the mission continues, Spider-Bots will become harder and harder to beat as they continue to multiply.

After helping Spider-Man wrangle the rogue Spider-Bots, guests will be able to see how many Spider-Bots they caught as a team in their vehicles.

Elsewhere around the Worldwide Engineering Brigade, guests may see Spider-Man as he takes to the skies high above Avengers Campus with gravity-defying, acrobatic feats never seen before in a Disney park. Following those stunning moves, Spider-Man will swing down off the building to ground level to meet up and say hello to “new recruits.” 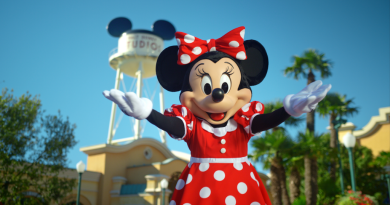 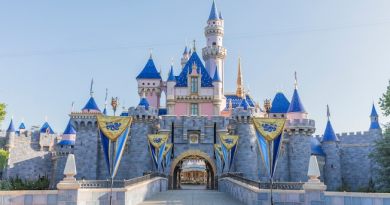 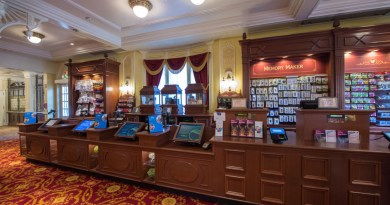 October 21, 2017October 20, 2017 Scott 0
The Main Street Mouse
%d bloggers like this:
We use cookies to ensure that we give you the best experience on our website. If you continue to use this site we will assume that you are happy with it.AcceptPrivacy Policy