The year 2019 marked the 30th anniversary of the opening of Disney’s Typhoon Lagoon Water Park, the second of three Imagineering-original water parks designed especially for Walt Disney World Resort. The park is home to one of the world’s largest outdoor wave pools, that also features slides, flumes, and wet and water-ful play spaces for every age and member of the family.

A furious storm once roared ‘cross the sea

Catching ships in its path, helpless to flee

Instead of a certain and watery doom

The winds swept them here to Typhoon Lagoon…

“When we started work on Typhoon Lagoon, we went on research trips to water parks all around the country,” laughs Typhoon Lagoon senior concept designer Chris Runco. “I loved that job!”

In the Disney tradition, and based upon the existing expectation created by the guest satisfaction and design excellence of River Country, the Imagineers knew they couldn’t just match the previous park, but should exceed it.

The development of the new water park was unique in and of itself. “Someone came up with the name first, ‘Typhoon Lagoon,’ Chris remembers. “A group of us were asked to come up with a style and a story that fit the name—this is backwards from the way most WDI projects were done; usually the name is settled on later.”

As is the strength of the great Disney legacy, Chris looked back in order to move forward. “My number-one hero, of many, at WDI was [Disney Legend, animator, and Imagineer] Marc Davis. He had the incredible ability to tell a whole story in one picture, with humor and charm. So, I was looking for that one salient image that would say, ‘Typhoon Lagoon: wet, wacky and fun.’ It seemed to me that was a good target for the character of the place.

“My first take, scribbled late at night in my garage, was a fishing boat stuck in an immense, Swiss-Family-Robinson-scale tree.  Then I settled on landing the boat up on top of a mountain, with waterslides gushing down in all directions—and a geyser shooting out of the ship’s smokestack. When we gathered everyone’s work together a few days later, and showed everything to Marty and [Disney Legend and then-executive producer, Disneyland and Walt Disney World theme parks] Randy Bright. Randy took one look at that sketch of mine, and said, “This is it!”

The theme of the park developed based on that name and icon—a rogue storm and its ensuing tidal wave wreaked havoc on a formerly pristine waterside paradise. Nautical gear, fishing apparatus, surfing equipment, and all manner of items one might find in a tropical hideaway are storm-strewn into amazing and amusing new configurations. The centerpiece is Chris’s stranded shrimping ship, dubbed the “Miss Tilly,” impaled upon the summit of Mount Mayday. Every half hour, right before the bells of the watch sound on the boat, the mountain erupts with a 50-foot water plume that shoots straight through the trapped ship’s stack.

The park offers a variety of attractions and activities, including the Humunga Kowabunga speed slide flumes that send riders downward five stories, Storm Slides—Jib Jammer, Stern Burner, and Rudder Buster—that send riders from a height of three stories down twisting, winding channels to a splash pool at the bottom. Gang Plank Falls is a Family raft ride with four-person inner tubes, the Mayday Falls and Keelhaul Falls tube slides, and the Crush ‘n’ Gusher water coaster.

At Ketchakiddee Creek, younger children can splash and play near a miniature sandy beach on slides near clever water features—including a tugboat, whales, and seal—that provide fountains of fun.

Chris summarizes the park, “It is a wonderful combination of clever, watery fun and exciting rides, in a beautiful setting, with lots of opportunities for relaxation. The guests can kick back on a beautiful white sand beach, or the many shady nooks in its tropical forest—or drift along lazily, in an inner tube on Castaway Creek. The theming captures this, too. It is all about the ‘calm after the storm,’ and is a perfect complement to the theme parks next door—just a great place to unwind. Plus, Florida is about the best climate in the world for a water park, almost 365 days a year. If I had lived in Florida, I probably would have been floating somewhere in Typhoon Lagoon, every day!”

As for its thirty-year popularity, the park is still brimming with experiences. As Chris observes, “I believe the long-term appeal of Typhoon Lagoon is actually quite simple: like most Disney attractions, it’s the product of an incredible, dedicated team of talented people, who put their hearts and all of their artistic skill and technical expertise into it. And we had a ton of fun doing it! 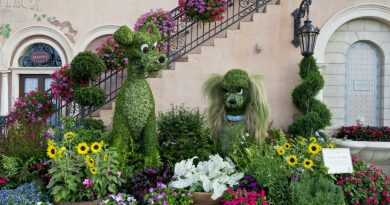 Check Out These Fresh Details for the Taste of EPCOT International Flower & Garden Festival, Blossoming March 3 with Family Fun 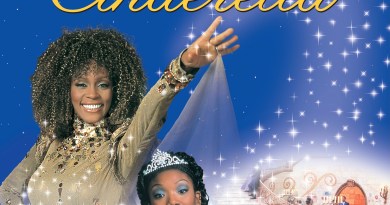 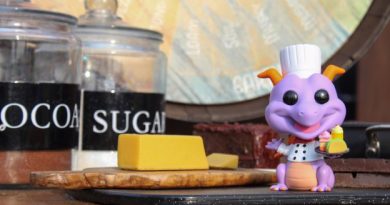 November 6, 2016April 16, 2020 Michele 0
The Main Street Mouse
%d bloggers like this:
We use cookies to ensure that we give you the best experience on our website. If you continue to use this site we will assume that you are happy with it.AcceptPrivacy Policy