In celebration of #FrozenFanFest, we are elated to share that new merchandise inspired by “Frozen 2,” the highly anticipated animated feature from Walt Disney Animation Studios, is available now at Walt Disney World Resort in Florida, Disneyland Resort in California and online at shopDisney.com!

From apparel and costumes to accessories, Disney Parks have
a wide assortment of merchandise inspired by Anna, Elsa, Olaf and more, including
new characters from “Frozen 2”
to gear up for the big screen debut on Nov. 22, 2019.

Check just some of our “Frozen 2” favorites for you and your
little ones:

Young ones can prepare for a journey beyond the gates of
Arendelle with a sequined sweater featuring Anna, Elsa, Kristoff, Olaf and Sven
and a bomber jacket featuring Anna and Elsa calling girls to “Believe in the
Journey!” And to top it off, complete the look with light up bows featuring
Anna and Elsa.

All four of these products are available now at Walt Disney World Resort and Disneyland Resort with both bows and the sequined sweater available now and bomber jacket coming later this fall to shopDisney.com!

Kristoff fans can embrace the magic of the trolls with this
shirt featuring none other than Kristoff himself, available exclusively at Walt
Disney World Resort and Disneyland Resort.

Anna and Elsa plush dolls are also available at Walt Disney World Resort, Disneyland Resort and online at shopDisney.com! And if you look closely at the right hand pictured above, you’ll see an assortment of “Frozen 2”-inspired Pandora charms coming on Oct. 10th that we revealed earlier this week!

Deck out your phone case and show your fearless side with this brand-new iPhone case available at Walt Disney World Resort, Disneyland Resort and online at shopDisney.com!

Those looking for a little Olaf flair won’t want to miss this Alex and Ani charm bracelet featuring the huggable snowman himself! This bracelet is also available now at Walt Disney World Resort and Disneyland Resort and coming later this fall to shopDisney.com!

Everyone’s favorite snowman is back and better than ever
with a sequined Olaf Loungefly backpack and Olaf print leggings to go with it!

Just in time for Halloween, new costumes based off Anna and Elsa’s new outfits from “Frozen 2” are available at Walt Disney World Resort, Disneyland Resort and online at shopDisney.com, as well as in Disney Stores nationwide!

For those of you located in Southern California, you’ll find these products and more at World of Disney in the Downtown Disney District, Disney Showcase at Disneyland park and Off the Page at Disney California Adventure park! Located in Central Florida? You can find a flurry of products at World of Disney in Disney Springs, The Wandering Reindeer at Epcot, Sir Mickey’s at Magic Kingdom Park and Frozen Fractal Gifts at Disney’s Hollywood Studios and Island Mercantile at Disney’s Animal Kingdom.

Keep your eyes peeled over the next few months as even more products roll out from “Frozen 2” including a MagicBand, pins and even more apparel!

Don’t forget to use #FrozenFanFest and showcase your “Frozen 2” style with us ahead of the film’s debut on Nov. 22, 2019! 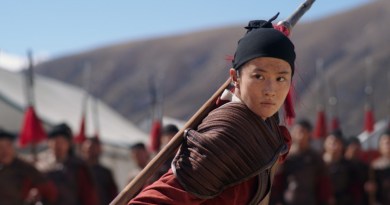 What’s Coming To Disney+ In September! 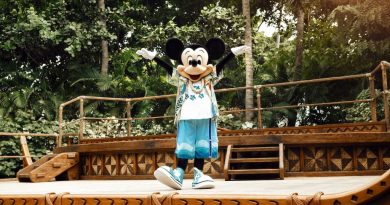 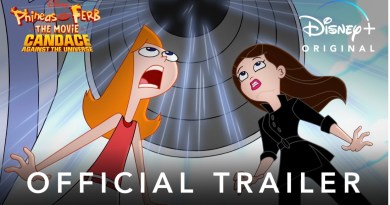 Official Trailer for “Phineas and Ferb the Movie, Candace Against the Universe” from Disney+

June 2, 2022June 2, 2022 Michele
The Main Street Mouse
%d bloggers like this:
We use cookies to ensure that we give you the best experience on our website. If you continue to use this site we will assume that you are happy with it.AcceptPrivacy Policy