As most of you reading this know, Michele and I are huge fans of the Haunted Mansion.  It’s that one classic Disney ride that most fans absolutely love.  The history behind the mansion is fascinating like no other attraction at a Disney Park.

As a fan, I’m always looking for things in regards to the mansion.  I always want to learn more, see what others love about the mansion and how they each celebrate their fandom for this attraction.  On Instagram, I stumbled across an account months ago following the progress of a build of the mansion.  I became fascinated watching how these scale pieces of the Disneyland version of the Mansion was being built and jealous that it wasn’t mine…lol.  After some time of watching and also debating on wanting my own 3d printer to one day create a build of the mansion, I reached out to the account and began talking to Michael.  He was very happy to talk about his build and even agreed to do an interview with us to share this masterpiece with other fans out there… 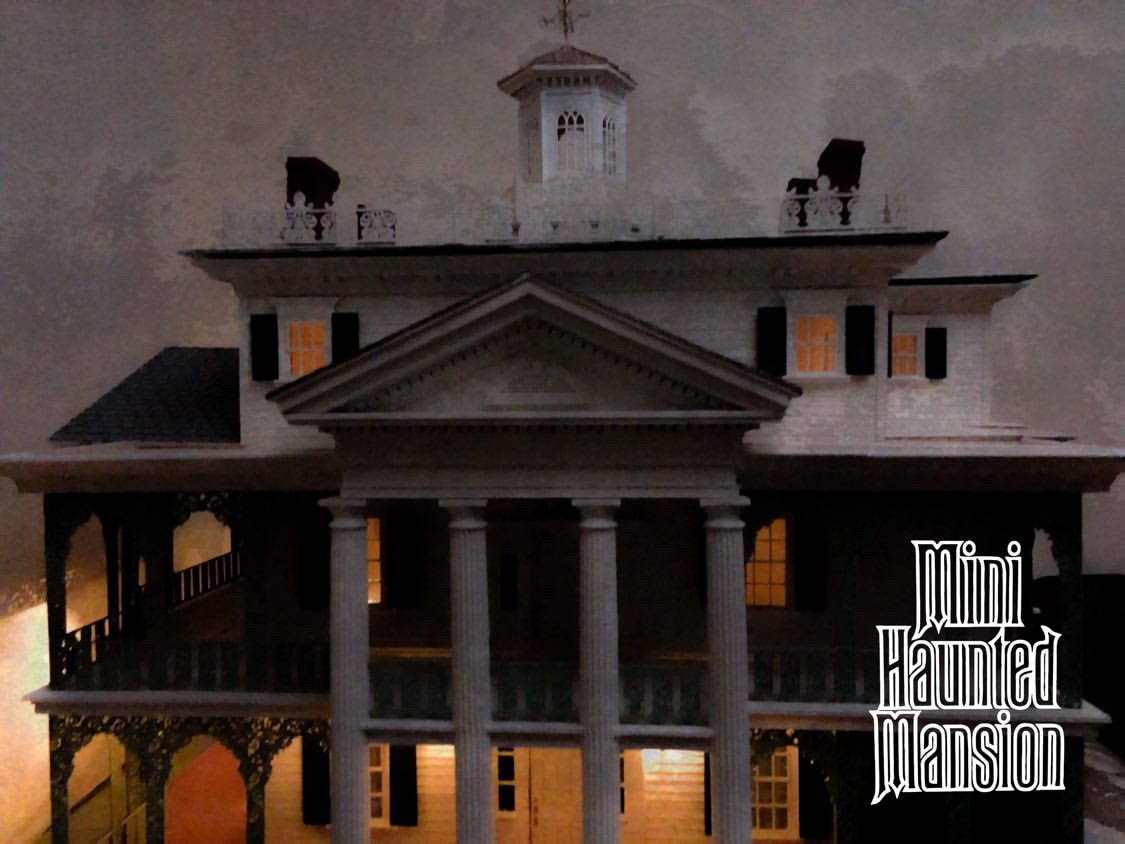 Hi Michael, my first question is, what made you decide to create this model of Disneyland’s Haunted Mansion?

Hey Scott! Thanks for having me! I’m a huge fan of the Haunted Mansion. It has such a rich history! I decided on building a 1:24 model scale because it was a great balance between size for space and size for the amount of detail I could put into it.

Was this the first major project you decided to try to build?

This was the first major scale model I’ve attempted. I’ve been building replica props and costumes since I can remember. I’ve always been fascinated by movie scale models and that was a driving force behind the project as well.

How did you create all the pieces to assemble together to create the mansion? Was there a kit of all the things needed or did you have to create each item along the way?

I did as much research as possible! I found some old blueprints of the Mansion and put them all together in one file. I taught myself some 3D modeling. Everything on the Mini Haunted Mansion was either custom made or 3D printed by me. 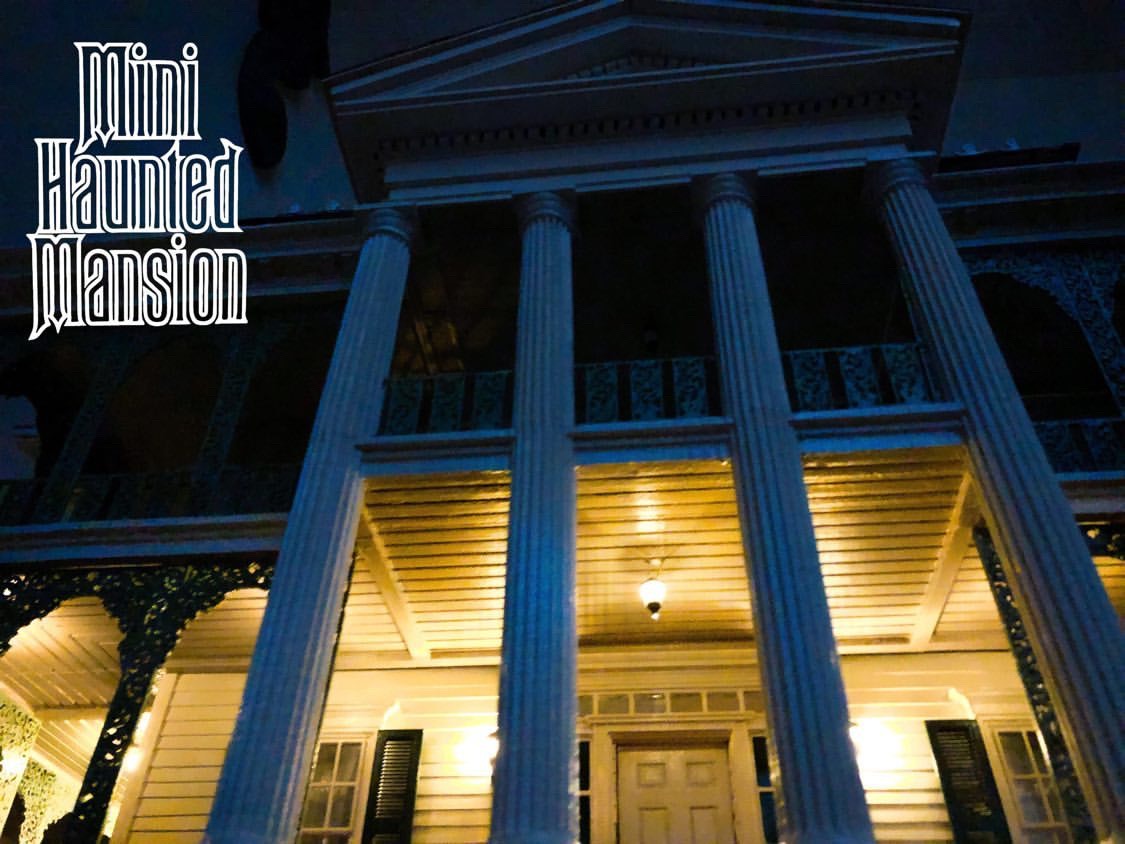 I’m sure it’s been a lot of work, how many hours has it taken you?

That’s a tough one! It’s been a little over a year. I tried keeping track of the hours in the beginning, but that got away from me! Haha.

Did you have any parts that caused you issues along the way?

The wrought ironwork for sure! It was one of the deciding factors on the 1:24 scale.

You mentioned on Instagram and also above you used the original blueprints as a guide, where did you get those?

Google was my best friend! Haha. I spent a lot of time digging through whatever I could find. You’d be surprised by what’s out there!

What is the size of the final product and do you have it displayed in your home for others to see?

The final model currently sits on a base that its 36”x36”. It’s displayed on a table in our living room. I’d love to get it out there for people to see! I’ve got some fun plans for it in the future!

What have friends and family thought of your creation?

The response I’ve gotten from friends and family have been great! Even if they don’t recognize it as a Disney attraction, they usually comment on how they thought it was a real house in the pictures. Haha.

I know you asked your followers to vote on what you would do next, either the Haunted Mansion from Walt Disney World or Phantom Manor from Disneyland Paris.  Which won and when will you start that build?

That was a close call! The Walt Disney World Haunted Mansion won the vote. I’ve been tinkering on designs on it for a little while. There are a few things that are being decided on that one. The biggest being scale. But there’s a little bit to go on the DLR Mansion before really digging into it.

Any other projects you have planned to build in the future?  Or any “dream” builds you want to eventually tackle?

I’m a huge fan of the train Walt had his backyard called the Lilly Belle. I’m planning on building a Garden scale version true to the original! And someday I’d also like to build a small layout of Disneyland. But that’s down the road as well! Haha. 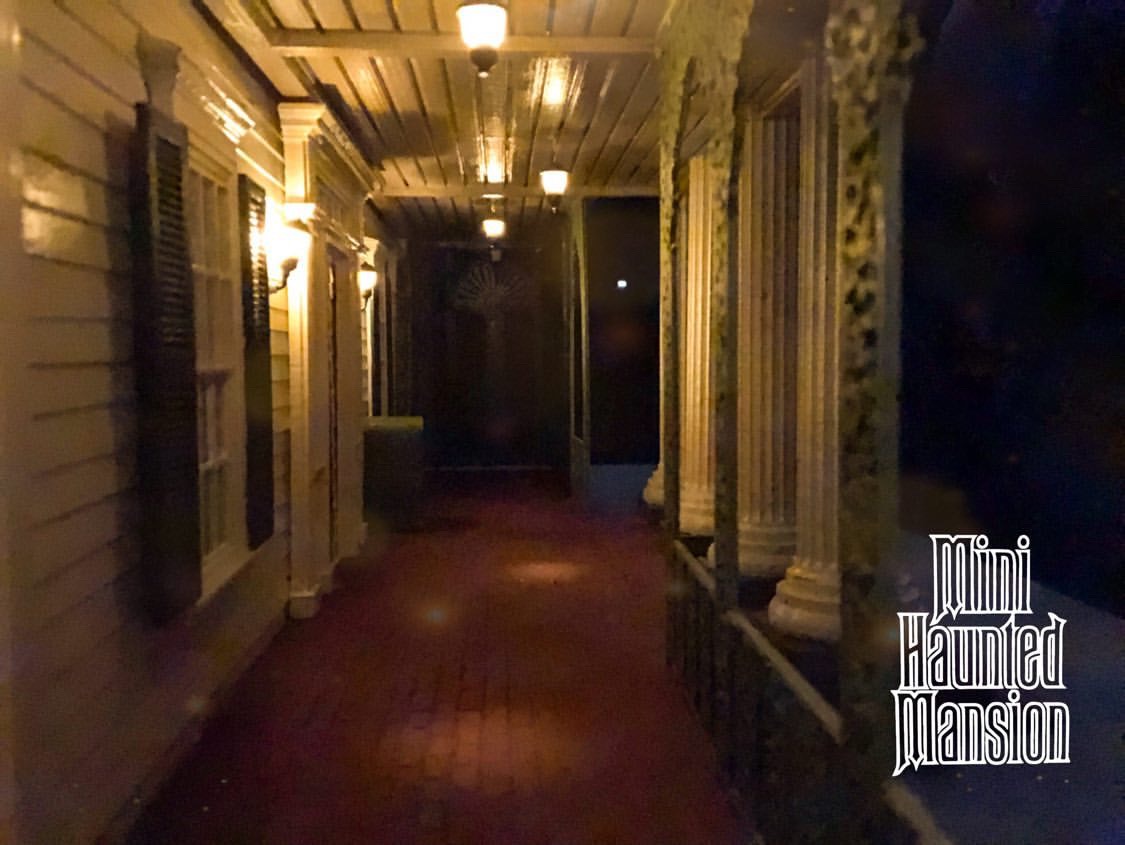 Thank you, Michael, so much for talking to us. Where can our readers follow along with your progress?

I would fully recommend that you go and give Michael a like on Facebook and follow on Instagram to see his progress as well as his future projects.  As for me, Michael did inspire me to start my own 3d projects so stay tuned for mine eventually.

Scott has 3470 posts and counting. See all posts by Scott