Guests of all ages will discover seasonal fun for a limited time, including ‘Halloween Screams’ at Disneyland and Plaza de la Familia at Disney California Adventure

ANAHEIM, Calif. (July 9, 2019) – Halloween Time at the Disneyland Resort brings guests of all ages under its spell, with spook-tacular experiences themed especially for the season from Sept. 6 through Oct. 31, 2019.

Halloween magic will enchant guests at both Disneyland Park and Disney California Adventure Park as favorite experiences are transformed into dreadful delights. With seasonal attraction overlays, Halloween-themed décor and food and beverage offerings, plus encounters with dastardly Disney villains, happy haunts seem to materialize around every corner.

New this year is the after-hours, separate-ticket event, Oogie Boogie Bash – A Disney Halloween Party, at Disney California Adventure. This unforgettable night of Halloween fun is packed with exclusive new entertainment, from the highly anticipated “World of Color” spectacular – “Villainous!,” to a stage show with Mickey Mouse, a mysterious Disney villains walk-through experience, and more.

Additionally, both parks feature seasonal experiences inspired by the spirit of Día de los Muertos, with Plaza de la Familia and A Musical Celebration of Coco at Disney California Adventure, and a colorful Day of the Dead tribute in Frontierland at Disneyland.

Oogie Boogie, from “Tim Burton’s The Nightmare Before Christmas,” gives his twisted tale of a forever Halloween at Disney California Adventure, as his oversized silhouette beckons guests through the main entrance of the park. Guests will experience new Halloween magic this year on the façade of Carthay Circle as bats swarm, energy pulses from within and projections transform the iconic tower structure with spellbinding moments. Guests will also encounter a 10-foot-tall statue of the Headless Horseman holding his jack-o-lantern head to the sky on Buena Vista Street.

The citizens of Cars Land celebrate Halloween by turning Radiator Springs into Radiator Screams. The entire land is transformed with a special Haul-O-Ween makeover as the townsfolk of Radiator Springs don Halloween costumes and decorate their respective homes for the season.

Guests will encounter Lightning McQueen, Mater, Cruz and Red in “car-stume” as they get ready to go “trunk-or-treating.” Popular Cars Land attractions transform as well: Mater’s Junkyard Jamboree takes on a spooky tone as Mater’s Graveyard JamBOOree, and Luigi’s Rollickin’ Roadsters gets a seasonal twist to become Luigi’s Honkin’ Haul-O-Ween.

Guardians of the Galaxy – Mission: BREAKOUT! transforms nightly into Guardians of the Galaxy – Monsters After Dark, bringing Halloween adventure to this popular attraction. As the sun sets, the attraction’s exterior goes dark and then suddenly powers back up with lighting effects, a signal that something has gone awry. The Guardians have successfully escaped The Collector’s Fortress, but have accidentally left Groot behind. Guests help Rocket distract the creatures on the loose so he can rescue Groot in this exciting seasonal overlay.

Several times daily, A Musical Celebration of Coco brings together the traveling Storytellers of Plaza de la Familia. Singing host Mateo is joined by the Grammy® Award-winning Mariachi Divas, authentic folklórico dancers and townspeople from Coco’s Land of the Dead in this festive performance. The troupe is joined by the adventurous Miguel, who is brought to life in a whimsical style inspired by Mexican folk art. The group entertains guests with beloved songs from the film, transporting everyone into the story of young Miguel’s fantastical journey.

The Halloween fun continues at Disneyland, where guests will enjoy beautiful décor on Main Street, U.S.A., including a giant Mickey Mouse jack-o’-lantern and a Pumpkin Festival.

Haunted Mansion, which celebrates its 50th anniversary this summer, transforms into its annual holiday theme – Haunted Mansion Holiday – inspired by the Walt Disney Pictures classic “Tim Burton’s The Nightmare Before Christmas.” The seasonal attraction celebrates the collision between Halloween and Christmas as Jack Skellington offers his unique take on the holidays.

And for the first time in nearly a decade, all guests visiting Disneyland during the Halloween season will get to enjoy a version of the supernatural projection and special effects show – “Halloween Screams.” This nighttime spectacular, a fan favorite most recently shown at after-hours Halloween parties at Disneyland, adds to the spooky fun on most nights of the season, hosted by “Master of Scare-omonies” Jack Skellington. On select nights, “Halloween Screams” will go sky high when the show is enhanced with the addition of fireworks.

Additionally, to commemorate the celebration of Day of the Dead, guests will encounter the colorful Día de los Muertos tribute in Frontierland, an exhibit that features a musical trio of iconic skeleton figurines, brightly colored flowers and other decorative items.

Highlights of this new separate-ticket event include:

As an added value, entry to Disney California Adventure before the party is included with an Oogie Boogie Bash ticket. The party begins at 6 p.m. PT and guests have the opportunity to play in Disney California Adventure for three hours before the party starts on Tuesday and Thursday nights (excluding Oct. 29 and Oct. 31) or four hours on Sunday nights, plus Oct. 29 and Oct. 31.

For additional details and to purchase tickets to Oogie Boogie Bash – A Disney Halloween Party, guests may visit Disneyland.com/HalloweenParty.

Spooky fun and full of delight, the Hotels of the Disneyland Resort and the Downtown Disney District will also be in the spirit with terrifyingly tasty treats, themed displays and ghostly entertainment, all sure-fire ways to extend the Halloween Time experience, before, during or after a great day at the parks. At Disney’s Grand Californian Hotel & Spa, guests may be spellbound by the large confectionary sculpture of Oogie Boogie in the lobby and can enjoy sweets from the Halloween holiday cart. The Disneyland Hotel and Disney’s Paradise Pier Hotel will also have themed décor and hotel guests will have a howling good time with complimentary trick-or-treat festivities across all three hotels. For eerie musical entertainment, a capella performers stroll throughout the hotels and Downtown Disney District harmonizing tunes such as “I Put a Spell on You” and “Grim Grinning Ghosts.”

For more information about Halloween Time at the Disneyland Resort, visit Disneyland.com/Halloween.

*The number of tickets available are limited and valid only for the specific event date and hours. Limit eight (8) tickets per person, per event date. Tickets not required for Guests ages 2 and under. Tickets are non-refundable and may not be resold or transferred for a commercial purpose. Costumes are subject to Disney guidelines and should not be obstructive or offensive; please check special event costume guidelines at https://disneyland.disney.go.com/faq/parks/dress for restrictions. Offer and event elements are subject to restrictions, change or cancellation without notice.

About the Disneyland Resort 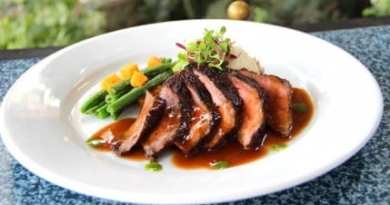 Special Dishes, Where to Find Bubbly for New Year’s Eve at Disneyland Resort 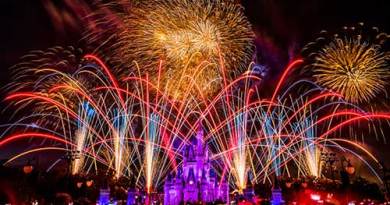 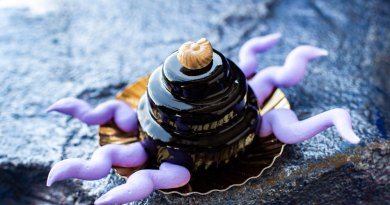 April 15, 2021April 15, 2021 Michele 0
The Main Street Mouse
%d bloggers like this:
We use cookies to ensure that we give you the best experience on our website. If you continue to use this site we will assume that you are happy with it.AcceptPrivacy Policy