The Fourth of July is here and we’re celebrating our nation’s birthday with entertainment, scrumptious treats and patriotic pageantry at Walt Disney World Resort and Disneyland Resort.  Here’s a look at what’s going on today at Disney Parks, including LIVE coverage from Magic Kingdom Park:

Epcot –   “IllumiNations: Reflections of Earth” will end its nearly 20-year run on September 30, 2019. So this will be the last chance to experience the patriotic Fourth of July grand finale of this beloved nighttime spectacular. “The Heartbeat of Freedom” fireworks extravaganza will begin immediately following the 9 p.m. “IllumiNations: Reflections of Earth” display.  Here’s more entertainment planned at Epcot:

Also, be on the lookout for special Fourth of July decor at Disney Springs and specialty Food and Beverage items at Disney’s Animal Kingdom and at select Walt Disney World Resorts.

For America’s Birthday at Disneyland park on July 4only, “Disney’s Celebrate America! – A Fourth of July Concert in the Sky” will animate the night with star-spangled spirit to the sounds of patriotic songs.

From Disneyland Railroad, to Great Moments with Mr. Lincoln, to Frontierland and Mark Twain Riverboat, to the flag retreat ceremony saluting visiting members of the armed forces, America is celebrated daily throughout Disneyland.

And as Gabriel shared this week, there’s more! Here’s what else guests will find throughout the resort:

At Disney’s Paradise Pier Hotel, on July 4 only, from 3-10 p.m., guests will discover a Fourth of July family BBQ at the rooftop The Sand Bar, with live music starting at 6 p.m., followed by fireworks from Disneyland park at 9:30 p.m. A special a la carte menu will feature short rib brisket burgers, all-beef hot dogs, street corn on the cob and specialty drinks. Complimentary family activities and face painting are also in store. Subject to availability. This offering is open to the public and does not require a hotel reservation.

At Disneyland Hotel, on July 4 only, from 12-4 p.m., hotel guests of all ages can get in the patriotic spirit with family activities, live music, complimentary face painting, caricatures and tasty delights on the hotel’s Magic Kingdom Lawn. Subject to availability.

At the Downtown Disney District, guests will discover an array of patriotic offerings. For patriotic wear, guests can visit Curl Surf. For the Frozen Cherry Boba Lemonade, drop in Wetzel’s Pretzels, and for the Firecracker Cocktail, check out Splitsville Luxury Lanes. Hungry? We’ve got you covered with Berry Ice Creams at Salt & Straw, or a 4th of July Box or Americana Mini Sampler at Sprinkles. For a decadent dessert, try the Red, White & Blue Cake Shake from Black Tap Craft Burgers & Shakes. How’s that for a fun stroll around the neighborhood? 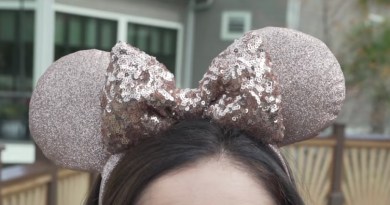 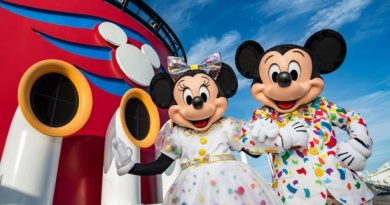 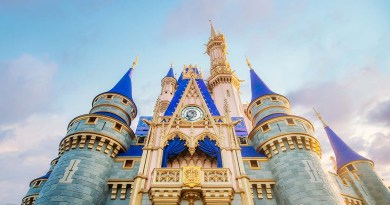 April 5, 2019April 16, 2020 Guest Blog 0
The Main Street Mouse
%d bloggers like this:
We use cookies to ensure that we give you the best experience on our website. If you continue to use this site we will assume that you are happy with it.AcceptPrivacy Policy