From the Disney Parks Blog and written by: Andrea Finger

Did you have a chance to see Marvel Studios’ record-breaking “Black Panther” over the weekend?

If so, you know that teamwork is at the core of the movie. (And if you didn’t see it, don’t worry … no spoilers here!) Just like T’Challa, Shuri and the Dora Milaje in the action-packed movie, teams across Walt Disney World Resort joined forces to make a dream come true for kids from the Disney Clubhouse, a branch of Boys & Girls Clubs of Central Florida, who are part of a comic book club.

Last week, cast members from the PULSE Diversity Resource Group visited the group with a special surprise – tickets to an exclusive screening of the new Marvel Studios film and a unique interactive “Black Panther” activity packet developed by Disney’s Animals, Science and Environment team. Through an introduction to the film and engaging activities, the kids learned about the strength of nature and the power of finding your inner hero, just like T’Challa. 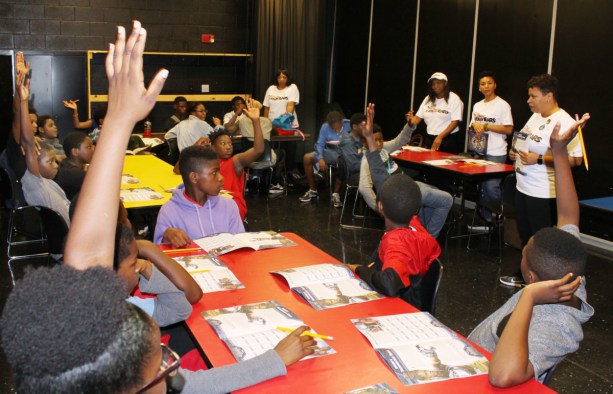 Black Panther is a hero inspired from nature, whose abilities and visual appearance mimic the strengths and adaptation of the animal that shares his name. The film touches on several themes that speak to the importance of protecting nature. Wakanda itself is somewhat utopian in its balance with nature. The intermingling of technology and nature, themes that sometimes appear at odds with each other, is critical to the survival of the Wakandan people.

One of the themes kids learned about was biomimicry, an approach to innovation that emulates designs and ideas found in nature. Patterns in nature have long inspired scientists and helped them develop solutions to challenges. They also learned more about rhinos, one of the animal species Disney is working to protect. M20 is a massive, virtually indestructible rhinoceros featured in the film. Unfortunately, rhinos in the wild are much more vulnerable and face multiple threats of habitat loss and poaching. You can learn more about rhinos and how Disney is working to reverse the decline of this endangered species at DisneyAnimals.com. 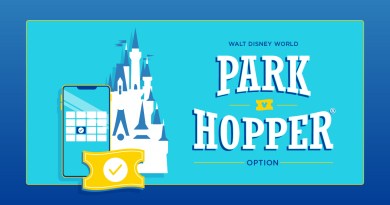 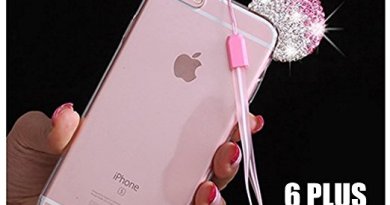 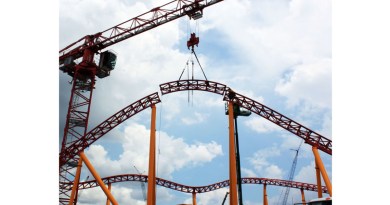 All in the Details: Slinky Dog Dash Track Completed in Toy Story Land

September 24, 2021 Guest Blog
The Main Street Mouse
%d bloggers like this:
We use cookies to ensure that we give you the best experience on our website. If you continue to use this site we will assume that you are happy with it.AcceptPrivacy Policy