It’s no secret, Disney over the years has worked with some of the greatest talents in every field. With Disney animation and such, many voice actors have been employed by Disney to bring characters to life. One of those such men and one of my personal favorites is Thurl Ravenscroft. Maybe you have heard the name, maybe you have not, but you more than likely know his work within Disney and outside. 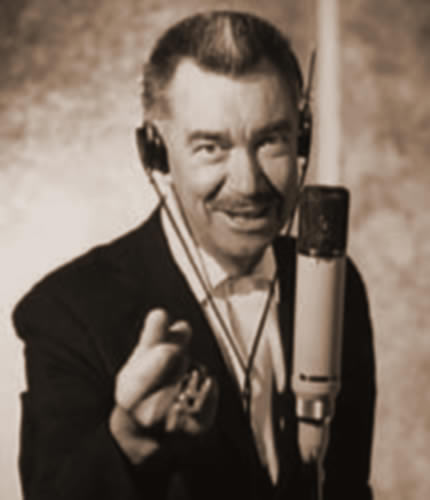 Thurl Arthur Ravenscroft was born on February 6, 1914 in Norfolk, Nebraska. He left Nebraska in 1933 and headed to California, where he studied at Otis Art Institute to study interior design. It was while he was in school, Sir Guy Standing encouraged Thurl to go into show business because of his flair for comedy at parties. He began to appear on different radio shows and sang backup for Bing Crosby. He joined in a quartet known as the Sportsmen. He eventually left the group to join the Air Transport Command where he served five years as a navigator and flew all sorts of missions over the North Atlantic. It was during this time he met his future wife, June who was an Assistant Chief Hostess for TWA. The couple was married just three weeks later.

When his military service time ended, he returned to Hollywood intended to rejoin the Sportsmen, who were now regulars on the Jack Benny Radio Show. The person that had replaced Thurl did not want to leave the group and his wife threatened to sue if her husband was fired. Jack Benny fired the entire quartet. Another member of the Sportsmen, Max Smith left the group and he and Thurl formed the Mellomen.

With The Mellomen, Thurl started working with Disney in 1940 on Pinocchio. The Mellomen recorded the song, “Honest John.” The song was deleted from the film, but you can hear it on the 2009 DVD release of the film. They also went to work on other films such as Alice in Wonderland and Lady and the Tramp. The group also appeared on a few episodes of the Disney anthology television series.

The thing that Thurl is most known for in his career is the voice of Tony The Tiger from Kellogg’s Frosted Flakes commercials. The line, “They’re grrreat!” is known by all. In addition to his cereal fame, Thurl is the uncredited vocalist for the Christmas song, “You’re A Mean One, Mr. Grinch” from the animated classic special, Dr. Seuss’ How the Grinch Stole Christmas!

Thurl’s Disney accomplishments include both films and attractions in the parks. The park recordings were originally done for Disneyland and later featured in Walt Disney World. The most famous of these is his portrayal of Uncle Theodore, the lead vocalist of the singing busts in the cemetery scene of The Haunted Mansion. His singing bust is often mistaken as Walt Disney by new fans. 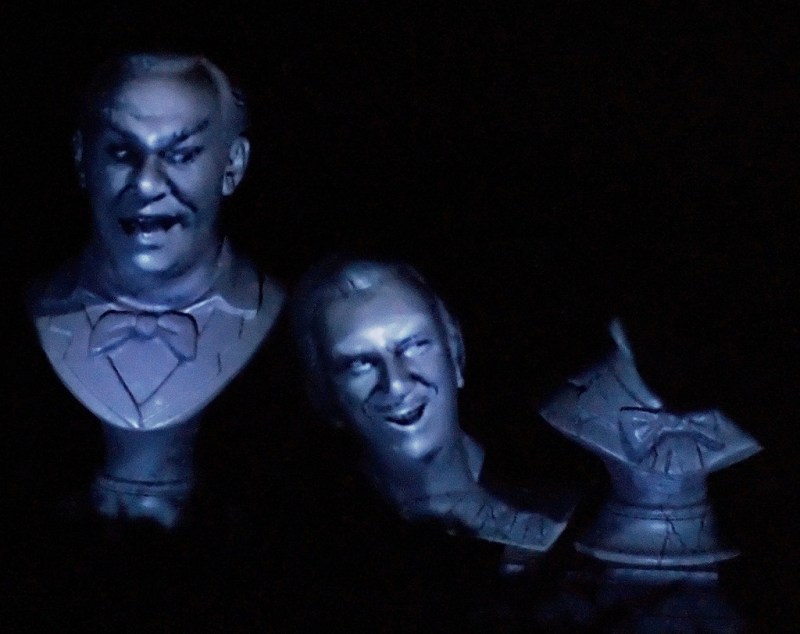 Inside The Enchanted Tiki Room, at Disneyland, in the waiting area just outside the Tiki Room, Thurl is the voice of Tangaroa (0:39), the tree of life. Inside, he is Fritz, the German parrot. He also does the voices for other parts of the show, including some of the masks on the wall. The Mellomen are also part of the chorus on “The Tiki, Tiki, Tiki, Tiki Room.”

At Walt Disney World, the Tropical Serenade was renamed “The Enchanted Tiki Room, Under New Management” from 1998 till 2011. At the time, Thurl, Wally Boag (Jose), and Fulton Burley (Michael) all came back to the studio in 1997 to reprise their roles for the new show. Ernie Newton (Pierre) had passed away and was replaced by Jerry Orbach. When the attraction went back to the original name, they reinstated as a slightly edited version of Disneyland’s original show.

In the Pirates of the Caribbean attraction, Thurl makes several vocal appearances in Pirates of the Caribbean. He is part of the group that sings the theme song, “Yo Ho, Yo Ho, A Pirate’s Life for Me”. He also does the voice of a drunken pirate singing along while leaning on a lamppost. In the trio of minstrels, Thurl is the voice of the accordion player, and he does the vocalization of the dog that is “singing” along with them.

Unlike most of the attractions in which Thurl has a featured role, Country Bear Jamboree debuted at Walt Disney World, not Disneyland. Walt Disney World was patterned after Disneyland’s successes. However, when the Magic Kingdom opened in Florida in October 1971, Country Bear Jamboree was one of several brand new attractions. Thurl voices Buff, the buffalo head on the wall In addition to Thurl, two other members of the Mellomen, Bill Lee and Bill Cole lend their voices to characters in the show. 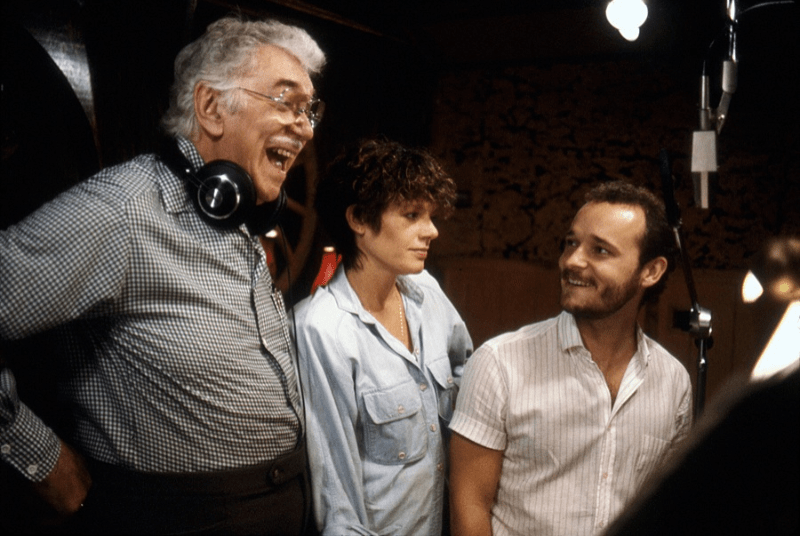 Some other areas that Thurl lent his voice to are the Disneyland and Walt Disney World Railroad onboard narrator until 2001. On the Mark Twain Steamboat, he was the voice of the First Mate till 2001. During Peter Pan’s Flight, you can hear his voice as a part of the chorus singing, “You Can Fly”. On the Sailing Ship Columbia, as the Columbia circles the Rivers of America, listen for Thurl singing. On the Alice In Wonderland attraction, Thurl and the Mellomen can be heard as the cards are “Painting the Roses Red”.

Thurl’s Disney film credits include Cinderella, Peter Pan, Lady and the Tramp, Sleeping Beauty, 101 Dalmatians, Sword in the Stone, Mary Poppins, The Jungle Book, Alice In Wonderland and 20,000 Leagues Under the Sea to name a few.

In addition to his film and attraction roles, Thurl has played a large part over the years on many different Disney television shows and also hundreds of different Disney records. Thurl was involved with Walt Disney Studios for over 60 years and in 1995 was named a Disney Legend with Wally Boag, Fulton Burley, Dean Jones and Angela Lansbury.

In 1999, his wife June passed away at the age of 80. They had been married for 53 years. Thurl continued to provide the voice for Tony the Tiger into the new millennium.

Thurl’s remarkable life came to an end Sunday, May 22, 2005, at the age of 91. He is survived by his two children, Ron and Nancy, and four grandchildren.

Scott has 3590 posts and counting. See all posts by Scott 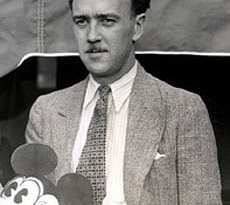 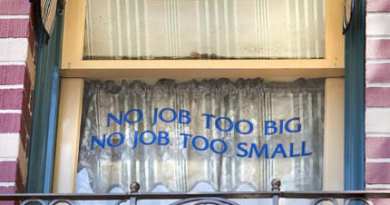 Disneyland Hotel in Paris Prepares for its Royal Transformation

November 10, 2018April 16, 2020 Michele 0
The Main Street Mouse
%d bloggers like this:
We use cookies to ensure that we give you the best experience on our website. If you continue to use this site we will assume that you are happy with it.AcceptPrivacy Policy