Disney·Pixar’s “Coco,” a multi-generational story about the power of family relationships, features characters from the Land of the Living, and their loved ones who’ve moved on to the Land of the Dead. Joining aspiring musician Miguel, voiced by Anthony Gonzalez; charming trickster Hector, voiced by Gael García Bernal; and musical icon Ernesto de la Cruz, voiced by Benjamin Bratt; are a host of colorful characters and the voice talent behind them that bring both worlds to life. Directed by Lee Unkrich (“Toy Story 3”), co-directed by Adrian Molina (story artist “Monsters University”) and produced by Darla K. Anderson (“Toy Story 3”), “Coco” opens in U.S. theaters on Nov. 22, 2017.

“These parallel worlds couldn’t be more different,” said Unkrich. “One is the Rivera family’s charming and hardworking hometown of Santa Cecilia, and the other is the vibrant, rich land where loved ones go when they’ve passed. ‘Coco’ introduces characters from both worlds on the eve of Día de los Muertos—one extraordinary night when a living boy named Miguel gets a glimpse of the other side.”

Added Molina, “Our voice cast is incredibly talented, helping to shape our eclectic group of characters. Each actor has told us they find something relatable in this film, so they’re finding it easy to capture the heart of this story—it’s all about family, so we hope that these characters will resonate with everyone.”

FROM THE LAND OF THE LIVING

· ANTHONY GONZALEZ (“Ice Box,” TNT’s “The Last Ship”) lends his voice to MIGUEL, a 12-year-old aspiring musician who struggles against his family’s generations-old ban on music. When a magical mishap lands him in the Land of the Dead, Miguel seeks out his idol, Ernesto de la Cruz, to help him return to the Land of the Living before it’s too late.

· ANA OFELIA MURGUÍA (Amazon’s “Mozart in the Jungle,” “Bandidas”) voices Miguel’s cherished great-grandmother MAMÁ COCO. She is very old and fragile, but that doesn’t stop Miguel from sharing his daily adventures with her.

· RENÉE VICTOR (“Weeds,” “The Apostle”) provides the authoritative voice of ABUELITA, Miguel’s grandmother and the ultimate enforcer of the Rivera family’s ban on music. She loves her family very much and will do anything to protect them. But when she gets angry, she wields a mean slipper.

· JAIME CAMIL (CW’s “Jane the Virgin,” Disney Junior’s “Elena of Avalor,” “Secret Lives of Pets”) is the voice of PAPÁ, Miguel’s supportive father who hopes that someday Miguel will join him in the family shoemaking business.

· SOFÍA ESPINOSA (“Gloria”) provides the voice of Miguel’s loving MAMÁ who gently encourages her son to embrace their family’s traditions.

· LUIS VALDEZ (“Which Way Is Up,” director “La Bamba” & “Cisco Kid”) is the voice of TÍO BERTO, Miguel’s uncle, a hard worker in the Rivera family shoemaking business.

· LOMBARDO BOYAR (“Happy Feet,” TNT’s “Murder in the First”) lends his voice to a friendly MARIACHI who Miguel encounters in Santa Cecilia Plaza.

FROM THE LAND OF THE DEAD

· GAEL GARCÍA BERNAL (Amazon’s “Mozart in the Jungle”) helps bring to life HECTOR, a charming trickster in the Land of the Dead who is forced to enlist help from Miguel to visit the Land of the Living.

· BENJAMIN BRATT (FOX’s “Star,” “Doctor Strange”) is the voice of Miguel’s idol ERNESTO DE LA CRUZ, the most famous musician in the history of Mexico. Revered by fans worldwide until his untimely death, the charming and charismatic musician is even more beloved in the Land of the Dead.

· EDWARD JAMES OLMOS (“Blade Runner,” “Stand and Deliver”) lends his voice to CHICHARRÓN, a curmudgeonly friend of Hector’s who is sadly being forgotten—an unfortunate condition in the Land of the Dead.

· ALANNA UBACH (“Meet the Fockers,” Bravo’s “Girlfriends’ Guide to Divorce”) provides the voice of MAMÁ IMELDA, Miguel’s great-great-grandmother, the matriarch of the Rivera family and the founder of their successful shoemaking business. Miguel meets Mamá Imelda in the Land of the Dead and discovers she does not share his passion for music.

· ALFONSO ARAU (“Three Amigos,” director/producer “Like Water for Chocolate,” director “A Walk in the Clouds”) is the voice of PAPÁ JULIO, Miguel’s late great-grandfather who he meets in Land of the Dead.

· HERBERT SIGUENZA (“Larry Crowne,” “Ben 10: Alien Swarm”) lends his voice to both TÍO OSCAR and TÍO FELIPE, Miguel’s late identical twin uncles who he meets in the Land of the Dead.

· OCTAVIO SOLIS playwright “Lydia, Santos & Santos”) is the voice of an ARRIVAL AGENT in the Land of the Dead’s Grand Central Station.

· GABRIEL IGLESIAS (“Planes,” “The Nut Job,” “The Nut Job 2: Nutty by Nature”) provides the voice of the HEAD CLERK in the Land of the Dead’s “Department of Family Reunions.”

· CHEECH MARIN (“Cars 3,” “Tin Cup,” CBS’ “Nash Bridges”) is the voice of a CORRECTIONS OFFICER in the Land of the Dead.

· BLANCA ARACELI (“The Bridge”) voices the EMCEE for a colorful talent show in the Land of the Dead.

Scott has 3590 posts and counting. See all posts by Scott 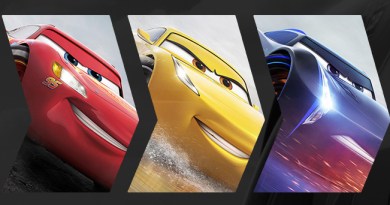 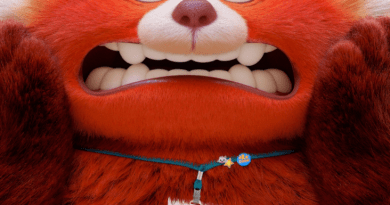 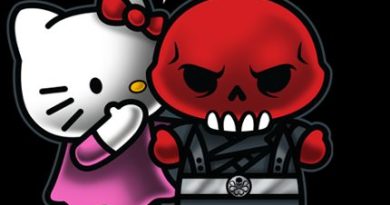 Hello! From TeeFury.com For Today Only!

August 29, 2018April 13, 2020 Scott 0
The Main Street Mouse
%d bloggers like this:
We use cookies to ensure that we give you the best experience on our website. If you continue to use this site we will assume that you are happy with it.AcceptPrivacy Policy