Before we had a beta or VHS machine and every movie was available to rent or buy, I remember that in the early 80’s HBO showed the original Star Wars what seemed like every day for months and months.  Being the Star Wars fan I was, I watched it every single time I saw it was on.  One thing to note, when the original film was released it wasn’t labeled with the Episode IV A New Hope, the studio thought that would confuse the audience. That was added later after the re-release on April 10, 1981. 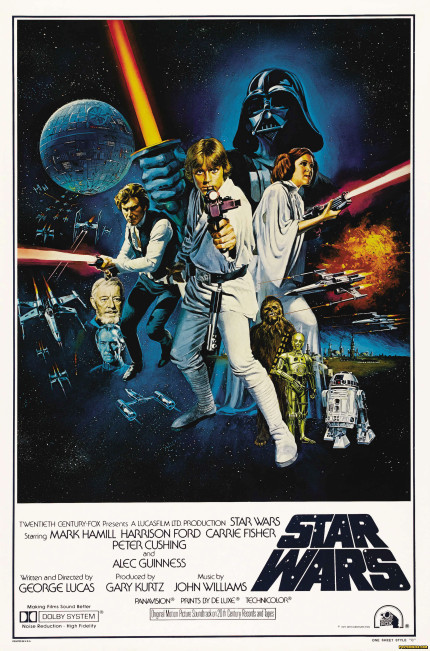 To this day, I can still sit and watch any of the original films over and over and never get tired of them.  Now that I’m older and notice things more and also knowing what the story for the prequels, I watched the movie a little differently this time.  Here are some of my observations.

In the beginning of the movie, we all know that the Rebels ship, Tantive VI (also known as the Rebel Blockade Runner) is trying to escape with the plans to the Death Star.  The Rebels small ship is captured by a Star Destroyer, Darth Vader and the Stormtroopers board the ship to get the stolen plans back.  We see Vader choking Captain Antilles with his hand.  What made this different for me, we have never seen Vader use his physical body strength to ever hurt anyone.  He always used the force or his lightsaber to hurt someone.  A few scenes later, we see him using the force to choke Admiral Motti. 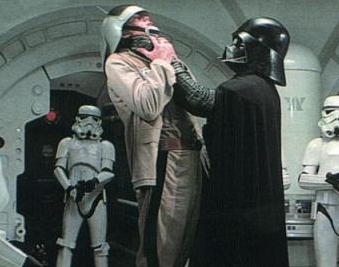 One blooper you may notice about the scene where Vader chokes out Captain Antilles when he is dead Vader throws him at the wall and the actor puts his arms up to stop from hitting the way, but he’s supposed to be dead already.

In another scene on board the Tantive VI, Princess Leia is brought to Darth Vader after she is captured.  From the dialogue its obvious they know one another from another meeting at some time.  Now later in the films, (The Empire Strikes Back) Vader knows that Luke is his son and tells him “I’m your father”, but he never had that same feeling of seeing Leia.  Why didn’t he feel something about her the way he did Luke?  We also know from Luke telling Leia in Return of the Jedi, the force is strong in his family, including his sister so Vader and the Emperor being so deep into the Dark Side kinda missed that one. 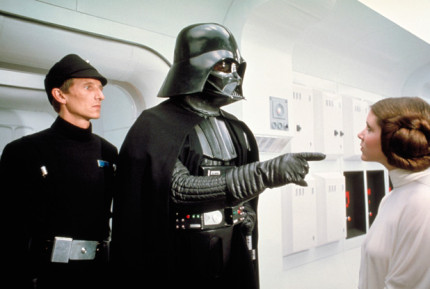 Now let’s move on to Tatooine.  We meet Luke and his Aunt and Uncle and see their farm.  They purchase C-3PO and R2-D2 and find out they belong to someone named Obi-Wan Kenobi and Luke wonders if that is Old Ben.  Now when Luke finally gets to Old Ben and asks him if he knows the droids, he doesn’t.  In the prequels, though, Obi-Wan was around both droids at many different times so how did he forget about them?  He didn’t loose his mind, so he should have remembered the droids.  Also, C-3PO and R2-D2 could have had their memories erased, but if they didn’t wouldn’t they remember Old Ben as Obi-Wan?

Old Ben also states he hasn’t gone by the name Obi-Wan since before Luke was born, but in Revenge of the Sith, he is Obi-Wan when Luke and Leia are born, he was there and witnessed the whole thing.  He and Bail Organa are the ones that decided to separate the twins and that Bail would take the girl and raise her as his daughter and Obi-Wan would take Luke to his Aunt and Uncle and watch him from a far.

Obi-Wan tells Luke a bit about his father and tells him he has a gift for him from his dad, his light saber.  Now the first thing Luke does is look directly into the part that if turned on would send the light straight through his skull.  He should have warned him a bit before handing him the deadliest weapon in the galaxy. 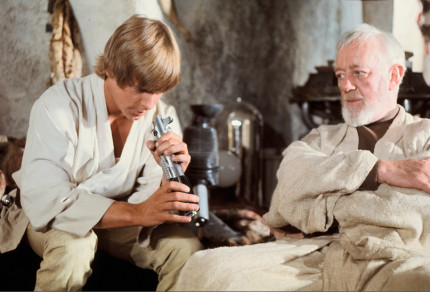 Obi-Wan and Luke also watch Princess Leia, saying “help me Obi-Wan Kenobi, you’re my only hope.”  She also talked about how he had served her father (Bail Organa) in the Clone Wars.  Because Obi-Wan was there when Leia was born, he knows for a fact that is Luke’s sister but doesn’t warn him or let him know he has a sister??  It would have been good for Luke to know because there is a very awkward scene that could have been prevented later in the film.

One other note from my observance, when Obi-Wan and Luke rush to Luke’s Aunt and Uncles farm only to find them burned trying to escape their home, Luke doesn’t seem that sad about losing his only known family.  Obi-Wan talks about how it was made to look like Sandpeople killed them but that the blasts shots were too precise to be Sandpeople and only Imperial Stormtroopers are so precise on shooting.

First, if the Stormtroopers are the authority in the galaxy, why would they try to hide the fact they killed Luke’s Uncle and Aunt?  There is a theory out there when the Special Edition came out, there is an updated scene by the Millennium Falcon and we see Boba Fett in the scene.  It’s very possibly he was hired to find the plans and killed Luke’s family when they didn’t have what he wanted.  Vader could have killed them anytime, he knew about them when he met them during Attack of the Clones, but he protected them for some reason.  I won’t go too much into that theory, but it is something to think about.

Ok back to the film.  Fast forward to later where Obi-Wan and Vader are dueling.  Stormtroopers stop guarding the Falcon and watch the fight.  Luke also stops and watches.  It’s then that Obi-Wan surrenders to Vader and is gone.  Luke yells and the troopers turn and start shooting at Luke, Han, Leia, Chewie and the droids.  The funny part is these precise shooters totally miss these kids, and Luke doesn’t even move.  Heck, the Han and Luke even manager to kill a few of the troopers before getting on the Falcon and flying away. 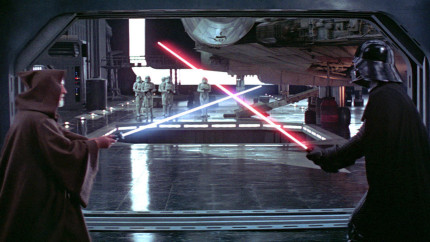 In addition to all this with that particular series of events, after the Falcon is free of the Death Star, Luke seems more upset about Obi-Wan’s death than his Aunt and Uncle’s death’s.  I know he knew a little about Old Ben but not the way he did on the last day of his life.  He seemed upset like he lost someone whom he was so close to for so long but didn’t shed a tear over his family.

Now I’ve watched this movie at least a few hundred times, no exaggeration and I never noticed a lot of these things or thought about them till this last time.  I know there are other things in the film, but these were some of the ones that stood out to me the most.  I also know, when Lucas created the first film, he didn’t know if he would ever get to make the others so he told the best story he could for the time.  He didn’t know what the future would be for any of the characters and if he never made another film, Star Wars would have stopped with the good guys beating the bad guys and destroying their big space station, the Death Star.

What about you?  What things stand out to you from the original films that honestly don’t make sense with how all the movies were done? Please share your comments with us on Facebook and in the comments below.  Thank you for reading and “May the Force be with You!” 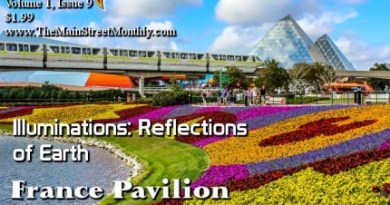 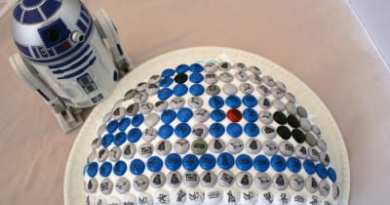 Dark Side or Light Side? How About…the Sweet Side? 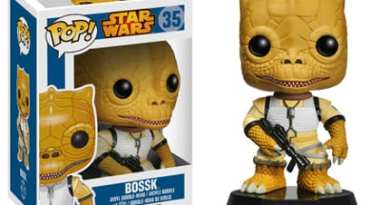 One thought on “Star Wars: A New Hope Look Back”

March 12, 2019April 16, 2020 Michele 0
The Main Street Mouse
%d bloggers like this:
We use cookies to ensure that we give you the best experience on our website. If you continue to use this site we will assume that you are happy with it.AcceptPrivacy Policy