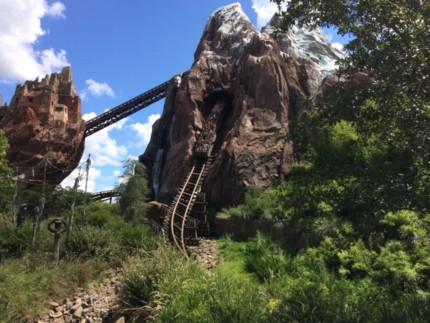 Many of the people who visit the Disney parks know that there is something special about each and every one. There’s “magic” at the parks. It may be in the form of a very generous castmember replacing a dropped ice cream cone or a certain song playing during your favorite firework show that sets off your “I must have something in my eye” moments. To me one of the things that make it all magical is the amount of detail given to individual attractions. The castmembers could have just designed the attraction and left it at that, but they went further by adding a back-story to a majority of the attractions. Some are pretty obvious, but some take a little searching to figure out what it may be. This could involve investigating the queue lines or even the area surrounding the attraction. In this article I am going to give you the backstory on one of my favorite attractions, Expedition Everest over in the Animal Kingdom.

The journey begins well before you actually board the ride. If you’re heading to the ride leaving the monkeys right outside of Yak & Yeti you’ll come up on a shrine of a temple. Here you’ll find a sign giving information on the mountains and in the middle you’ll find a label for The Forbidden Mountain, which stands at 20,154 feet and is the Legendary Home of the Yeti. If you stand in just the right location in front of the shrine you’ll see that the shape of the shrine matches up with that of the mountains in the background. If you approach the attraction from the Finding Nemo Musical you’ll see that there are tea plants growing on the other side of the water.
Story has it that this area was once a booming tea plantation and trains were used to deliver the tea to the nearby region of Anandapur. But years later for some reason the tea plantation was boarded up and all trains quit running. As you approach the village of Serka Zong, which is located in the foothills of the Himalayas you’ll notice a lot of the buildings that were once ran by the Royal Anandapur Tea Company are now being reused by businesses that help arrange trips for travelers visiting the Himalayas. The Himalayan Escapes Tour & Expeditions Company are the ones who arrange the Expedition Everest trek. Norbu and Bob, who was also the team that transformed most of the buildings and refurbished all of the tea trains, opened Himalayan Escape. In addition they changed some of the train tracks at the base of the mountain to carry trekkers to the base camps at Mount Everest. But they also made a shortcut through the Forbidden Mountain, which is said to be guarded by the infamous Yeti.

Your first stop upon entering the attraction is Norbu and Bob’s booking office to obtain all of the proper permits. The booking office was originally the headquarters for the Royal Anandapur Tea Company. On a back wall is a board showing all of the tours and their current statuses. After obtaining your permits you’ll enter into a barren section of the queue known as the Yeti Mandir, which is a small temple dedicated to the Yeti.
The plaque states:

Next you’ll enter into Tashi’s Trek and Tongba Shop of Serka Zong. They claim “ We provide the finest in mountaineer equipment for all needs, new and used.”

Exiting Tashi’s, you’ll then enter into the tea warehouse that now has been transformed into a museum for the Yeti. Here is where you’ll find a collection of Yeti artifacts and legends of they mythical creature. The museum is ran by Professor Pema Dorje Phd., who is a firm believer of the Yeti.
He has hung a plaque that reads:

WELCOME TO THE YETI MUSEUM- DEDICATED TO THE SERIOUS STUDY OF THE SCIENTIFIC AD CULTURAL ASPECTS OF THE MYSTERIOUS CREATURE KNOWN AND REVERED THROUGHOUT THE HIMALAYAS AS THE YETI.

Next you’ll find “The Mystery of the Lost Expedition” exhibit. The artifacts here were found in the mountains after an expedition went wrong in 1982 when a group of trekkers attempted to use the Forbidden Mountain as a shortcut.
Now that you have all your gear, permits and a brief history, it’s time to board the Anandapur Rail Service trains. These are the 34 passenger trains that once were used to transport tea. And it is here that you’ll encounter the infamous Yeti in all of his disco glory.

After your encounter with the Yeti is over its time to head into Serka Zong Bazaar. This is a shop that was set up by local townsfolk and sells handmade items and Expedition Everest merchandise. Outside of the shop is a large courtyard that has various shrines to the Yeti. 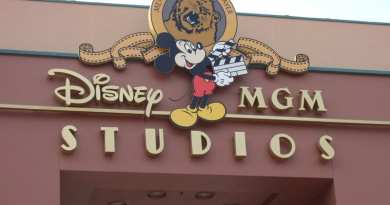 Tuesdays With Corey ~ Filming in Disney/MGM 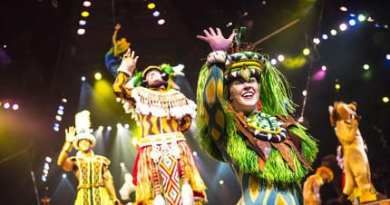 “Festival of the Lion King” Will Be Back Soon 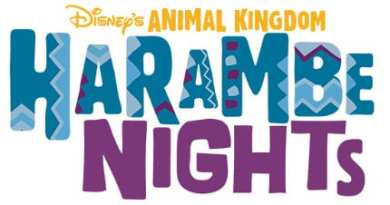 BREAKING: A brand new Eragon Trilogy reboot is in the works for Disney+!

July 25, 2022 Guest Blog
The Main Street Mouse
%d bloggers like this:
We use cookies to ensure that we give you the best experience on our website. If you continue to use this site we will assume that you are happy with it.AcceptPrivacy Policy