By Brady MacDonald at the Orlando Sentinel 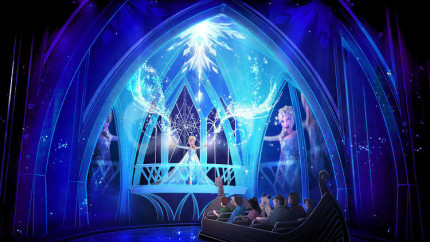 The new Frozen Ever After water ride coming to Epcot in early 2016 will whisk fans away to the kingdom of Arendelle as part of a blizzard of new attractions planned by Disney based on the highest-grossing animated film of all time.

The boat ride, in the Norway pavilion of Florida’s Epcot theme park, will sail past audio-animatronic “Frozen” characters re-creating movie scenes set to the film’s soundtrack.

Frozen Ever After replaces the 1988 Maelstrom log ride that took visitors on a tour through Norwegian mythology. The renovated ride uses Maelstrom’s existing Viking ships and water flume with a new overlay of “Frozen” scenes. 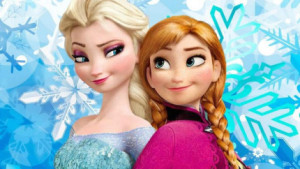 The animatronic figures will use rear-projection technology that make the animated faces of the characters look more lifelike. Similar technology was employed with the Seven Dwarfs Mine Train at Florida’s Magic Kingdom and Ariel’s Undersea Adventure at Anaheim’s Disney California Adventure.

Expect to hear “For the First Time in Forever,” “Do You Want to Build a Snowman?” and “Let It Go” throughout the attraction as well as other songs, with slightly-altered lyrics, from movie composers Robert Lopez and Kristen Anderson-Lopez. No new songs were written for the ride.

The attraction’s backstory takes riders to a Winter in Summer celebration in which Queen Elsa uses her magical powers to make it snow on a sunny day in Arendelle, a fictional waterfront village based on Scandinavian architecture, geography, culture and mythology.

Visitors walk through what Disney Imagineers refer to as “scene one” while waiting in line for Frozen Ever After. In the queue, visitors will wander past Wandering Oaken’s Trading Post, where the thick-accented trader wipes steam off the windows and yells his trademark “Yoo-hoo!”

Once aboard the Viking logs, riders will spot Sven the reindeer helping set up for the Winter in Summer festival, float past an ice-skating Olaf the snowman, encounter the giant evil snowman Marshmallow and meander through Troll Valley, where Grandpappy Troll tells the story of how Princess Anna and trader Kristof met. 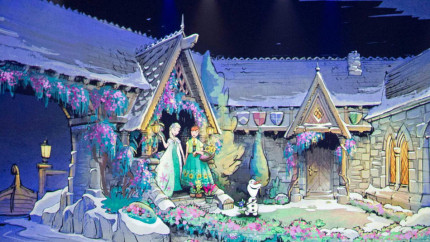 The highlight of the voyage is a visit to Elsa’s palace, where the Ice Queen makes it snow — with the help of special effects and screen projections — as she sings “Let It Go.” After parting a mist cloud, the ride concludes with a fireworks finale and a send-off from the main characters.

“What we try to do is take you back to the movie without retelling that story,” said Kathy Mangum, the lead Imagineer on the new attraction. 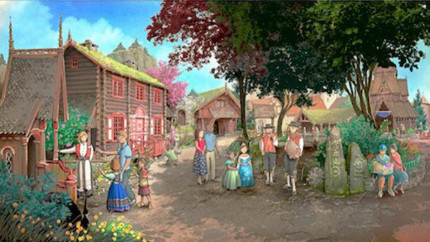 Epcot’s reimagined Norway pavilion will also include a Royal Sommerhus based on a historic Norwegian log cabin, where Elsa and Anna will greet visitors, sign autographs and pose for photos. A team of Imagineers researched the rethemed land during a trip to Norway to study the country and its culture. 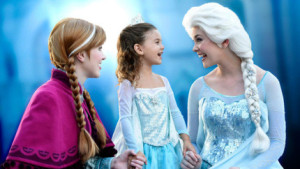 The popular “Frozen” franchise has popped up at Disney theme parks around the world in the form of character meet-and-greets, ice-skating rinks, singalong shows, fireworks spectaculars, festival events and movie screenings, but the new Epcot attraction is by far the biggest investment to date in the hit movie property.

Disney has moved quickly to capitalize on the wildly popular 2013 animated movie, with a “Frozen” musical planned for Disney California Adventure in 2016 and an Arendelle-themed land expected to open at Tokyo DisneySea in 2017 or 2018. 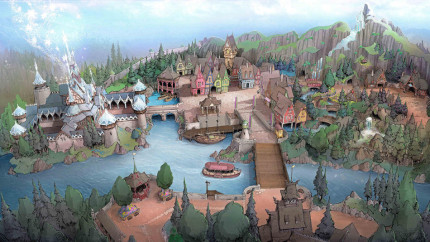 (Arendelle-themed land  concept drawings for Tokyo DisneySea opening in 2017 or 2018.) 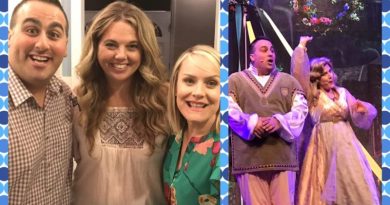 TMSM’s Best of 2017 ~For the First Time in Forever……. Our Chat with Ben and Lisa 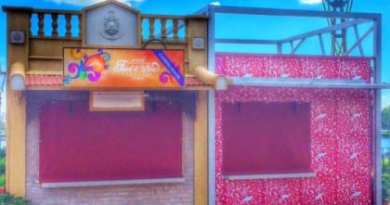 8 Things For Adults Only at Disney ~ Tuesdays With Corey 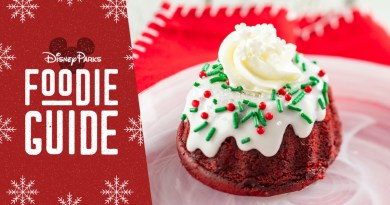 Foodie Guide to the 2020 Taste of EPCOT International Festival of the Holidays presented by AdventHealth – Opening Nov. 27

July 21, 2017April 16, 2020 Guest Blog
The Main Street Mouse
%d bloggers like this:
We use cookies to ensure that we give you the best experience on our website. If you continue to use this site we will assume that you are happy with it.AcceptPrivacy Policy