Being in the Halloween parade at Disneyland by Christa Dougherty 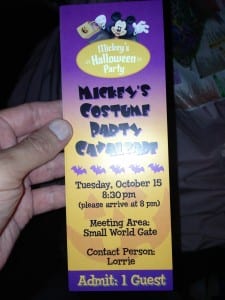 For years I had wondered how those lucky families got chosen to be in the spotlight at Disney parks. Family of the Day at the park, getting to be IN the parade, anything like that would be an awesome experience for my children (and me) and last October, it HAPPENED!

We had never been to Mickey’s Halloween Party and decided to go on October 15th, partly because the crowds would be smaller than on the weekend, but mainly because my triplets (a son and two daughters) were turning 10 the following week. It would be a great early birthday gift.

The kids decided on a Toy Story theme for the family.  They assigned characters as follows: Dad was Woody, I was Little Bo Peep, Ross was Rex, Brooke was Jessie and Morgan chose Buzz. I purchased many parts of the costumes online through various party websites, and added my own touches to make them just right. 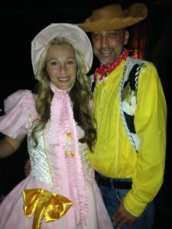 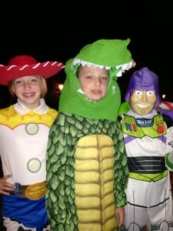 We got ourselves all decked out and went to the Halloween Party, having an awesome time admiring the great Halloween decorations, the kids trick-or-treating for LOADS of candy. As we were walking on a quiet stretch between Tomorrowland and Fantasyland, a CM stopped us to compliment us on our costumes. She then asked us if we’d like to be IN the Halloween Cavalcade that evening!  My husband and I were stunned! The kids jumped around screeching, “SAY YES!  SAY YES!”  Of course we did, and got to ride in our own vehicle, waving and smiling to the sweet little princesses and scary little monsters lining the streets of Disneyland!  It was hands down one of the best experiences my family has ever shared. Looking up to see Main Street lined with people excited for the parade and knowing that we were part of it was so incredible. My daughter Morgan summed it up afterward when she said, “Mom, my face hurts from smiling so much, but I just can’t stop!”

About Christa:
Christa Dougherty lives in Las Vegas, Nevada. She is married and a mom to 10-year-old triplets, all being raised as true Disney fans, which is, of course, the only acceptable way to raise children.  They travel to Disneyland regularly and this year will be making a 10-day trip to Walt Disney World in July and spending a week at Aulani, the Disney resort in Oahu, Hawaii in August. 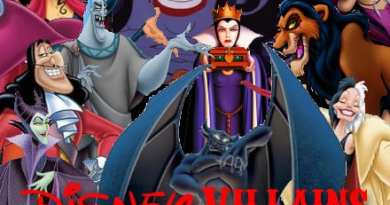 “BLACK IS KING” New film is based on the music of “The Lion King: The Gift”

October 9, 2021October 9, 2021 Guest Blog 0
The Main Street Mouse
%d bloggers like this:
We use cookies to ensure that we give you the best experience on our website. If you continue to use this site we will assume that you are happy with it.AcceptPrivacy Policy