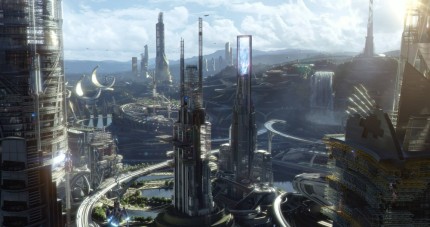 Writer/producer Damon Lindelof knows a thing or two about mystery.

Lindelof is the co-creator of the long-running television show Lost, a series that hooked viewers with its seemingly endless conundrums enthralled viewers from the moment it premiered back in September of 2004. This was a show where an inexplicable plane crash was just the beginning of six seasons of head-scratching moments and outrageous explanations. From there, his mastery of mystery continued, whether it was co-writing Ridley Scott’s return to the Alien franchise Prometheus or helping his pal J.J. Abrams on the two most recent Star Trek feature films.

But nothing Lindelof has previously created compares to his work on Tomorrowland, Disney’s brand new adventure. Tomorrowland shares a name with the iconic section of the Disney parks, but is an entirely separate entity. It stars George Clooney as Frank Walker, a reclusive inventor who is intercepted by Casey Newton (Britt Robertson), a young girl who is galvanized by visions of an impossibly futuristic world. Casey wants Frank to take her to this new world, but he isn’t so willing. This begins an incredible romp that spans this world and others. And, true to form for any Lindelof project, it’s been shrouded in mystery.

Development on the project started back in 2011, when Lindelof was shown a mysterious box by Disney president of production Sean Bailey. This box, labeled “1952” and shown off at the D23 Expo two years ago, began a story that was cooked up by Lindelof and Entertainment Weekly writer Jeff Jensen and later attracted director Brad Bird, who signed on to co-write and direct, and Clooney, who had previously stayed away from these kind of large scale entertainments. At D23 Bird and Lindelof played detective/archivists, cataloguing the box’s contents.

We got to sit down with Lindelof recently, and chatted about the origins of the project, what sparked his imagination about Walt Disney, the truth about the mystery box, and what he’d do with the current version of Tomorrowland in the parks.

Jensen said that you were not knowledgeable about Disney when this project began. But what sparked your imagination?
I think it was specifically about Walt. I was reading his biography, which is amazing. And my son is obsessed with Elon Musk, which is kind of a recent thing, and I was obsessed with Steve Jobs. And I kind of feel like those two guys in particular are the closest things to Walt Disney analogues that we’ve had in the last decade and certainly Steve for decades before, but the idea of a single individual being linked as the visionary of a company and/or a brand. I kind of realized as we started showing my son all of these Pixar movies and then Disney movies and the first time we went to the Disneyland park and he just fell in love and wants to live there. We only take him once a year. It’s sort of like, Well you want Christmas to be every day, too. Just because we live so close by we want it to retain its specialness. I can’t remember what the conversation was but he was around four and we were talking about Disney and I had read the biography and I said, “he.” And he said, “Well what do you mean, he?” And I said, “Well Walt Disney.” And he goes, “He was a man?!?” Then I suddenly went, oh wow this is cool—a lot of kids who go to Disneyland or Disney World don’t understand that Walt Disney was a man who lived and he died 50 years ago now. Of course he’s not a man. Now, Disney is a brand. So, could I tell a story with the Disney branding that actually acknowledged that Walt Disney was a man, without cramming that down people’s throats? What if Walt was a part of this secret society of geniuses and all of his work in the real world was basically pumping money and resources into the thing he was truly passionate about, which was the creation of this futuristic utopia/think tank/brain trust of artists and geniuses? Wouldn’t that be cool? And the rocket ship was blasting off.

Can we go into the history of this box?
The origins of the box are shrouded in mystery. Some people think it was actually found in Burbank in one of the rooms in the tunnels beneath ink and paint. And some say it was discovered in the archives in Glendale. I’m not familiar entirely with the box’s origins. It has been conjectured by some that we manufactured the contents of the box. To that I would say, “Do you think honestly that this blueprint of a secret installation underneath the it’s a small world ride that can only be viewed by black light—that that is not real? Are you telling me that this thing that looks like a laser disc but was manufactured in the 1960s, long before such technologies existed and has Orson Welles’ signature on it is not real? Well I take offense at this sir! This is ridiculous! It’s like saying that none of the rides at Disney World are real. You’re saying to me that when you’re standing in line for Star Tours that R2-D2 and C-3PO are not real. And this is all part of the storytelling. I do feel that, particularly for the box, we had a property called Tomorrowland but it’s not a story that’s familiar. Even when you say “Pirates of the Caribbean,” you kind of go, “I think I kind of know what that’s going to be.” Tomorrowland? Not so much. So we have to give people something to understand what world we’re playing in and the box became a way for us to start telling our story a year before we were in production.

You have a background in serialized storytelling, whether it’s Lost or your Ultimate Wolverine vs. Hulk comic book series. And when this project was initially announced, it was labeled a franchise-starter. Have you and Brad talked about the world beyondTomorrowland?
Look, we live in a day and age where no one is going to let you make a tentpole movie at the budget level that Tomorrowland was made for unless it has possible franchise potential, whether it’s sequels or whatever. But I said to Sean Bailey and obviously he conveyed this to Alan Horn and Bob Iger, we’re not making this movie to sell toys, we’re not making this movie to sell tickets to Disneyland. In fact, Disneyland should help sell tickets to Tomorrowland because Disneyland doesn’t have a problem selling tickets, and Space Mountain probably isn’t going to be in this movie. But we’re making a Disney movie. It’s branded as Disney and hopefully it’s a movie Walt himself would see and say, “Yes that. That’s what this is really about.” But in order for us to do our jobs best, it has to be self-contained. It’s not like we’re setting up Voldemort and this is the first of seven movies. There’s no trilogy we’re basing this on, where you understand Divergent is the first one. We had to make a movie with a beginning, middle, and end, with a story where the hero is basically overcoming the bad guy, that the world is better off than they found it at the beginning. And if we accomplish that and people go buy tickets to it and they like it, then we will have planted the seeds for future stories. But it’s got to feel like it’s complete. And if you’re not cool with that then we probably shouldn’t do it. We’re not going to set up this big huge universe and then nobody goes and sees it. There’s a certain degree of hubris when you do an original movie and say, “This is the beginning of a trilogy.” Especially when it’s a new IP. Like the genius of Marvel is that they can say, “We’re finished with phase 2. We’re now going into phase 3 and phase 4” and nobody goes, “Well what if nobody likes phase 3?” It’s like, we’re in. We live in a world where, in 20 years, Marvel will still be making movies. Not so with Tomorrowland. So let’s focus all of our time, resources and energy, into making a great, emotionally fulfilling adventure movie and then if that works, we’ll be able to make more. But let’s not worry about the more.

Well one of the possible “mores” is refashioning the Tomorrowland section of the park after Tomorrowland the movie. Is that a dream of yours as well?
It is. Everyone says they’re a huge Star Wars fan so I’m not unique in that pursuit and I love Star Tours and think it’s a great ride but the fact that there’s going to be an increasing Star Wars presence because of the purchase of Lucasfilm drives me nuts. Because Star Wars is a long time ago in a galaxy far, far away. It’s not about our future. So if there’s going to beStar Wars in Tomorrowland, fine, but there also needs to be futurism in Tomorrowland and that idea isn’t really being represented besides Space Mountain. Give me my jetpack. I want a jetpack ride. And by my understanding, the Harry Potter ride that’s currently in Florida uses a ride technology that could be a great system for jetpacks. So I highly recommend that if we can get some momentum going here, it would be a great ride. 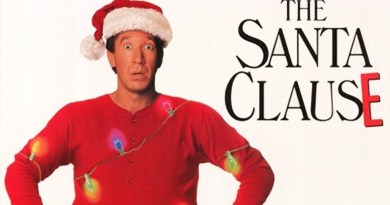 How Well Do You Know The Santa Clause? 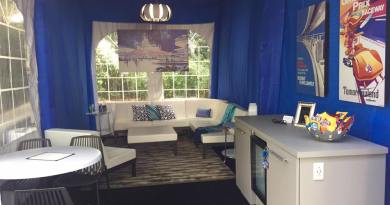 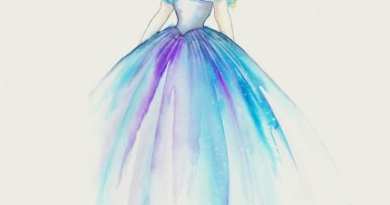 These Sketches Make Us Love the Costumes of Cinderella Even More

May 24, 2015April 9, 2020 Scott 0
The Main Street Mouse
%d bloggers like this:
We use cookies to ensure that we give you the best experience on our website. If you continue to use this site we will assume that you are happy with it.AcceptPrivacy Policy